Dynojet began with a band of speed-demon brothers who had two loves in life: motorcycles and going fast. Their parents, worried about their safety on busy roads told them they had to either knock it off or find a closed track to race on, so they found a course. From then on they were in love with road racing, using mostly cafe motorcycles. The three of them did all of their own mechanic work and one brother was found to have a true talent for tuning. This is where the foundations of Dynojet began, true-to-road testing to gain as much power and speed as possible.

One of the brothers became so busy with tuning at races that he hardly had time to race himself. He decided to start doing the work for pay, giving his new company the name Dynojet. The early tuning packages were a way for him to help racers without having to spend hours tuning their bikes himself, but he wanted something that would make the new constant velocity carburetors easier to tune, which is where the Jet Kits come in.

Dynojet unveiled its first tuning product to the world with the Jet Kit. The new CV carburetors opened up new motorcycles for more performance options and modifications than ever before. The first bike the Jet Kits were fitted for was the Suzuki GS, but more bikes would be added to the roster over time. The Jet Kits essentially took control of the air/fuel ratio to quickly tune the bike without having to spend hours changing it manually. Racers and casual riders alike were able to simply change out the carburetor's fuel nozzle and be on their way.

With the Jet Kits now a major success, Dynojet wanted a way to verify the power gains that their tuning provided. The dynamometers used during this time were mostly hydro-powered, which made them not only extremely cumbersome to set up and use, but also extremely inaccurate in their power readings. Dynojet created the first inertia dynamometer that simulated true-to-road conditions using a spinning drum to get accurate results. It was originally taken to races and rallies as a marketing tool to sell Jet Kits, but it soon became one of our best-selling products and made us an authority in the fuel tuning and testing world.

Dynojet became a big name in the racing community. They began sponsoring racers and helping tune their bikes to perfection as well as working with racing officials to test bikes for illegal race modifications.

When fuel injection hit the market, Dynojet knew they needed a way to fuel tune the new technology. The Power Commander began as a mess of wires and a laptop shoved inside a backpack and strapped to a motorcycle before it quickly became the compact product available today.

These were designed as a piggyback device to intercept the ECU before Dynojet began rewriting the ECU code directly.

Dynojet had also become successful enough to open a second location in the United States that would be created for research and development of new products and tunes. Las Vegas became the chosen second home because of its proximity to big cities like Los Angeles as well as its thriving biker culture.

With the success of the Power Commander, Dynojet wanted to create a product that brought even more control to the fuel tuning process. The Power Vision became Dynojet’s new powerhouse machine that directly flashed new tunes to the ECU. This powerful tool continued to improve until the third iteration in 2018 that is used as a fuel tuner, diagnostics tool, and a secondary instrument panel. Dynojet even began expanding on the capabilities of the Power Vision to automatically create tunes as you ride, as well as creating new products to work in tandem with the Power Vision for even more control.

As UTV racing grew in popularity, Dynojet knew they wanted to get in on the action. First, they made a Power Vision for many Polaris and Can-Am UTV options. It soon became clear that the clutch kits couldn’t keep up with the new power produced, so custom Dynojet clutch kits became the next product on the roster. Now they offer comprehensive power packages for 4x4s that include fuel tuners, clutch kits, boost tubes, updated turbos, and intercooler tanks to make any UTV race ready.

Dynojet Research got its start with their fuel tuning technology, and they continue to be an innovator in the market today. With each new Power Vision or Power Commander fuel tuner comes more features and freedoms than ever before. Dynojet has also created innovative new technologies to connect to our fuel tuners such as wideband sensors, quick shifters, and more.

The diagnostics tool that put us on the map. Our dynamometers are available for all vehicles from motorcycle dynos to full car options. Our dynos are always state of the art and perfect for tuning any vehicle.

Dynojet knows that UTVs are the new wave in Powersports and we want to charge ahead in optimizing them. Our UTV upgrades will perfect every piece of your fuel ratio and help you create more power than ever before. We have options available for most major UTV manufacturers and we have packages for all kinds of drivers from casual weekend off-roaders to serious racers. 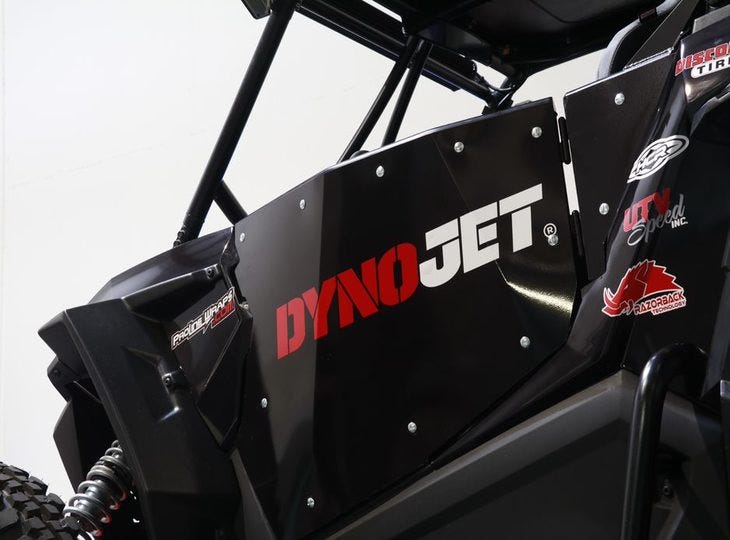 At Dynojet Research, our mission is to maximize your Powersports experience. All of our products from fuel tuners to clutch kits were made to help your motorcycle, UTV or other vehicle keep up with your ambitions. Our team is made of racers and rebels, so we have the years of experience both on and off the road to help you push the limit. 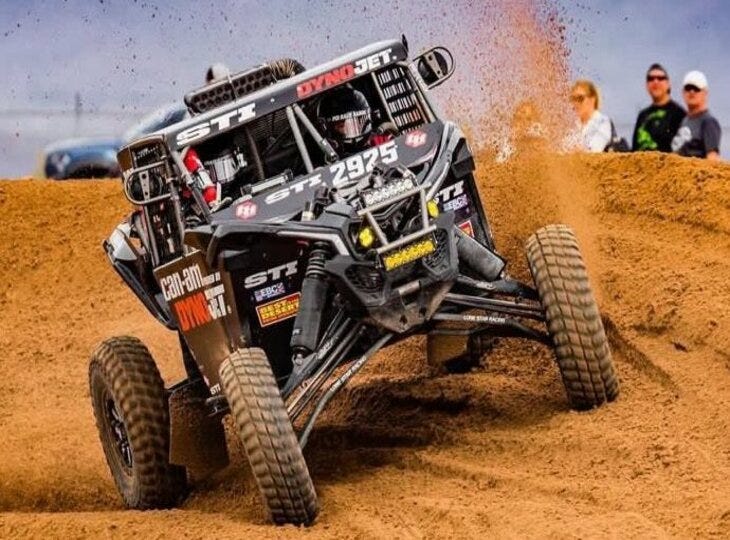 Dynojet Research prides itself on our customer service. Our team is always standing by to answer any question you may have about our wide range of products from dynamometers to fuel tuners. Need something customized for your vehicle? We can help with that too. Just email support@dynojet.com, and we can get started on help max out your potential. 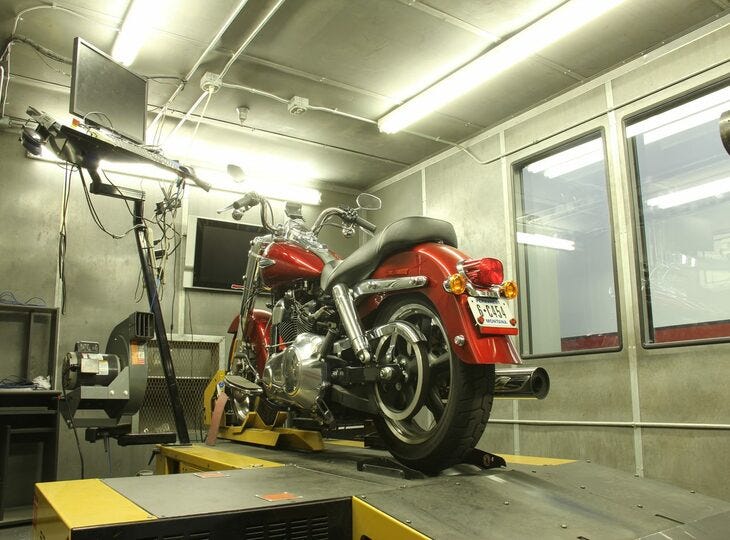 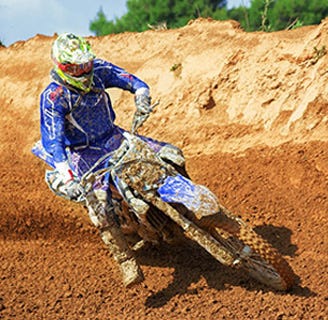 I have used both the PCV and now the PowerVision and have used the autotune module with both. Any time I had questions regarding my tune I had the best help from a Dynojet rep understanding what was going on with my bike. I also liked receiving emails with links to videos that would help explain with a visual. Dynojet support is second to none! 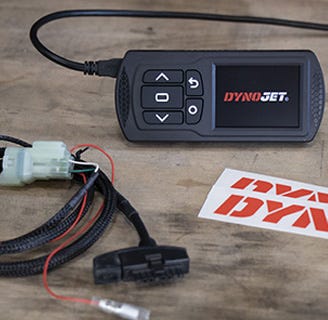 Because it’s a quality product whom the company will stand behind and assist any way they can. This is a dying trait in business I will not take lightly. 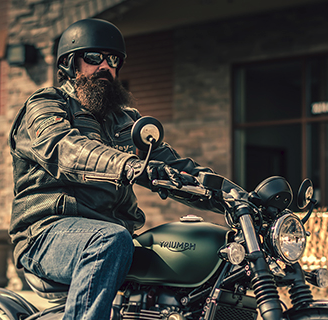 I’m having good luck with my commander 5 so I have no reason to not tell people to use your product ! Plus the software is easy to use for updates or tuning. 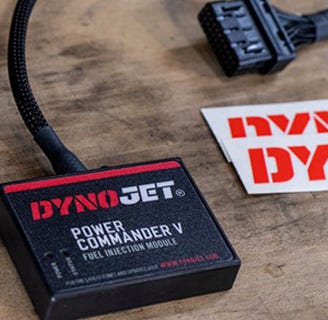