Search
John Barnes, one of Dynojet's sponsored racers, has just returned from last Saturday’s round 3 race of the Midwest Cross Country Series in Indiana that ended up being a wet, muddy and rainy day with a bit of a surprise waiting for them. 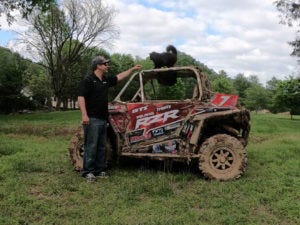 When taking his Polaris RZR S 1000 to the starting line, an absolutely hysterical animal fell from the dash to the floor.

From outside the Polaris, Barnes inspected the animal and realized it was his families feisty feline Low to the Ground. The cat must have snuck into the trailer with the equipment back in Nashville and hitched a very angry 7-hour ride to Indiana. The little fluffball picked the purr-fect time to make himself known, because if he had still been on the UTV at the race start he could have been in a pretty bad predicament.

The kitty then, with a little purr-suation was coaxed out of the UTV and into the much more comfortable truck until the drive back home where he would hopefully be given lots of treats and apologizes for having to go through such a stressful ordeal.

After the kitty crisis was averted it was Barnes’s moment to shine. When the green flag flew, he buried the throttle for some awesome power, speeding into third on the first lap.

Barnes maneuvered through a tight section in the woods that put him into the first-place spot, but a loss of front wheel steering dropped them back to second in the last lap, making first place nearly impossible to gain back.

The checkered flag waved Barnes in on a second-place finish, which his team was absolutely ecstatic about. Leaving the Barnes family not only a podium finish, but also a great tail they will never fur-get.
cat pun Polaris RZR UTV enthusiast utv racing 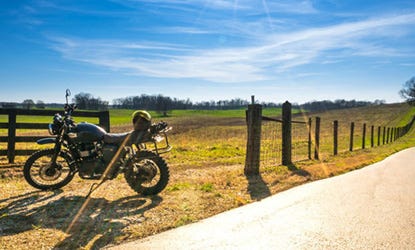 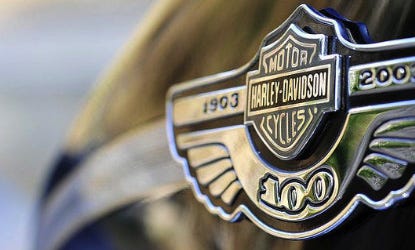 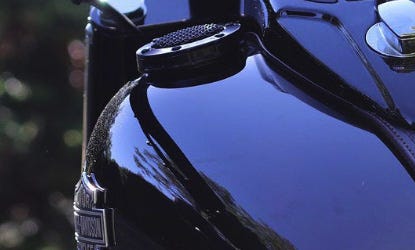